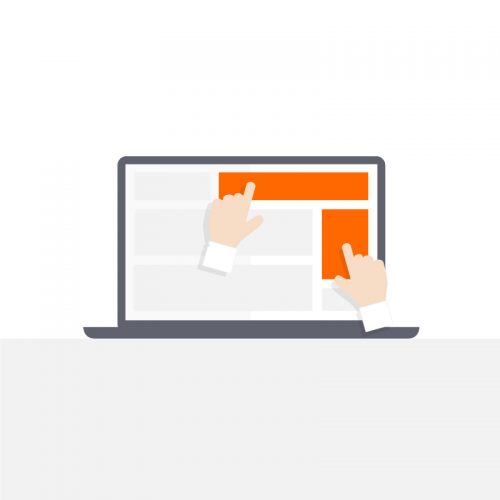 Nowadays, it’s common for website owners to monetize their site by selling advertising space. There are various types of ads but generally, website owners get paid per click, per views or within a certain time frame. As such, it can be a lucrative business. However, some companies struggle with ad revenue due to low click-through rates (CTR). This can be linked to many reasons like poor ad placement or lack of visual hierarchy on the website. Often, it’s not about the ad itself but the surrounding design. Thus, to increase the CTR on your website’s ads, take a look at your design first.

Not only is it critical for increasing organic traffic to your website, but it also leads to a great user experience. If the majority of your users are mobile, your website should be optimized with a responsive design.

White space is one of the most underutilized but valuable components of a page. It allows you to emphasize certain elements on the page and lead users toward your main conversion. Readability can also be improved as users are able to look at the site without being overwhelmed with texts and images. Take a look at Google’s homepage, for example. Their site is filled mostly with white space and features only a few elements such as the search bar, the image above, two calls-to-actions right below and a task bar on the top right corner. With so few elements, they automatically stand out.

When it comes to ads, white space can be used as a subtle but effective strategy to highlight them. What’s the point of having an ad if it’s going to blend in with everything else on the page? With a good balance of colors, visuals and content, ads can seamlessly fit into your page while also standing out. It’s all about finding the right balance of white space to grab users’ attention without leaving a void big enough to confuse them.

Where you place your ad can have a huge impact on its CTR. There isn’t a set rule for good placement on a website. It depends on your users, their motivations and the other elements on your page. However, there are a few factors to keep in mind when placing an ad on your page:

Another way your ad revenue could be affected is if you have too many ads. When users feel overwhelmed with ads, it causes friction and increases the bounce rate on your website. It can also cause the user to believe your website focuses less on having quality content and more on making money. Above all, it might disrupt the user experience and doesn’t necessarily increase CTRs. In some cases, fewer is better. Having one strategically-placed advertisement is more valuable than having 10 ineffective ones. So avoid overloading your users with ads. Instead, consider focusing on having only a few successful ads.

Furthermore, you want to consider ad sizes on your website. This is especially important for mobile users, where there is even less real estate to work with. To this end, experiment with various ad sizes to see which variation appeals best to users. Viewability is often an issue with mobile ads. Google now recommends that the optimal order for the page is title, followed by content, then the ad at 50 percent visibility above the fold. While viewability doesn’t always translate to clicks, it’s a step in the right direction. Although, all recommendations should be followed by testing.