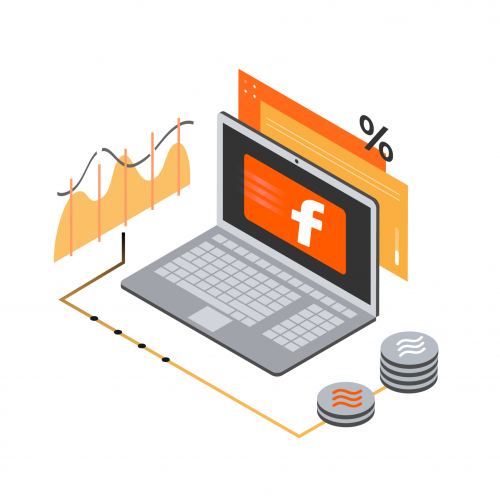 From cash to checks to credit cards, mediums of payment continue to evolve with society. The newest addition to this category — cryptocurrency — has raised many questions about personal data and online security. Yet there are already multiple options available that users can obtain and exchange through the Internet, including Bitcoin and Ethereum.

Now, Facebook plans to launch its own cryptocurrency, called Libra, with the aim of taking this technology to the mainstream. Professionals are wondering how this social media platform will integrate the technology into its current business model by its projected launch in early 2020. Will Libra’s consumer-friendly system and high-profile owners be able to keep it afloat, or will it sink beneath the weight of the term “cryptocurrency”?

First announced in June 2019, Libra took center-stage in the realm of cryptocurrency. Facebook’s ambitious plan to make virtual currency mainstream looks to give the world “a global, digitally native currency that brings together the attributes of the world’s best currencies: stability, low inflation, wide global acceptance, and fungibility,” according to the company’s statement. Even Libra’s name was intentional: termed for the astrological sign of balance and fairness.

Essentially, Facebook wants to make the transfer of money as easy as a text message, especially for those across the globe who don’t have access to financial services. Cryptocurrencies are digital currencies that are protected with software, such as Blockchain. They don’t rely on a central banking system, and therefore can be more widely accessible. Cryptocurrencies all have their own unique aspects, but most share these qualities:

This isn’t Facebook’s first attempt at an in-house currency, either. From 2009 to 2013, users were able to purchase Facebook Credits, a currency that allowed Facebook users to buy site accessories and game features. Ten credits were roughly equal to one U.S. dollar, though they were available in 15 currencies.

Facebook’s new plan involves a multi-step process which begins with launching the Libra app, a money transference system. Soon after its release, Libra will be followed by a partner app, called Calibra. This IOS and Android app will function as an electronic wallet and house Libra’s cryptocurrency trading system.

Though the money transference system of Libra will be open to the public, the cryptocurrency will not be accessible until Calibra’s release. It’s here that users can track their spending, watch the fluctuation of the currency and access many more undisclosed functions that Facebook hopes will make the technology more transparent for its users.

How Will Libra Work?

Facebook is looking to make cryptocurrency less of an enigma to the public. With this in mind, the company released a developer’s guide, also known as a white paper, detailing Libra’s intent, future and systems.

According to Facebook, Libra will allow its users to send assets globally with little to no fees. You will be able to connect your Libra account to Facebook-run messengers such as Whatsapp and Facebook Messenger in order to send and receive payments, as well as exchange local currencies for Libra credits.

To withdraw funds, users will convert their digital credits into local currency based on an exchange rate, similar to converting foreign cash after a trip. This exchange will take place in Calibra, Facebook’s digital wallet partnered with Libra.

After the government scrutiny Facebook has received regarding privacy violations, it is looking to regain consumer trust by disconnecting itself from the operation’s leadership. To eliminate any contractor interference or personal gain, Facebook does not plan to manage Libra itself. Instead, a Swiss-based nonprofit known as The Libra Association will manage the currency. As such, users can rest assured that Facebook will not use the data from their Libra payments for advertisement targeting.

Libra is also backed by more than 20 founding companies, including Uber, eBay, Spotify, MasterCard and Visa. Though they will not operate Libra, the founding members receive equal representation in Libra’s choices. This exclusive group combines a wide variety of industries, such as:

According to Facebook, it won’t profit off of the cryptocurrency at first. However, it is looking to expand its services once Libra gains traction. By offering more traditional banking services, like loans, Facebook can then begin to turn a profit. Libra will also charge a small fee with each transfer that will then go to the founding members.

How Is Libra Different?

Outlined in its white paper, one of Libra’s focuses is to bring online payments to those who do not have access to traditional banking. Currently, cryptocurrency may be viewed by consumers as more alike to credit cards than cash, due to its intangibility and detachment.

However, Libra wants to rectify this by allowing users to track their purchases using Calibra. The app will behave like an online payment network, such as PayPal, using Libra rather than the U.S. dollar for transactions. Facebook has also emphasized Libra’s ability to be used in participating stores. It is believed that this will benefit merchants by lowering transaction fees and increasing processing speed.

Unlike Bitcoin, Libra will be heavily regulated by global leaders, including the U.S. Treasury and the Bank of England. Furthermore, Libra will record all transactions, one of the main aspects that makes Libra different from Bitcoin. Using Libra and Calibra, Facebook plans to set itself apart from the stereotypical cryptocurrency name by creating a reliable system that appeals to businesses as well as general users.

How to Try Libra for Yourself

Eager consumers can’t buy Libra credits just yet, as it does not open until early 2020. However, Libra is available for early registration. Those who register will receive updates and notifications on Libra’s progress and will be the first to know of its public release. Once the product officially launches, consumers will have the ability to purchase Libra from places other than Facebook, likely including partnered organizations such as MasterCard and Visa.

Once Calibra is operational, the Libra virtual currency will become available and allow users around the globe to send money quickly and securely. Facebook’s ambitious undertaking of Libra is a novel addition to the finance industry and will, for better or worse, change the global outlook on cryptocurrency.