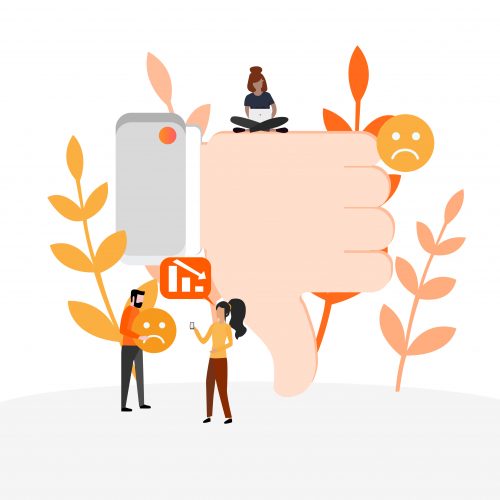 Social media has become a central focus for almost everyone. People everywhere spend hours of their day scrolling through different platform feeds, looking at what happens around the world, what their friends are doing and at promotions from some accounts. Businesses are not an exception, and entrepreneurs have identified social media as a powerful tool for their marketing strategies. From special offers to public relations (PR), businesses are using different platforms as another tool for their campaigns and operations. It is easier for them to reach a larger audience now than ever before.

However, only in the appropriate ways is social media useful for successful promotion of a business. On other occasions, the use of social media can be worthless and even harmful to those using it to promote their brand. This is seen across businesses, from sole proprietors to big corporations, because at some point, they have made mistakes in their social media accounts. From bad advertising campaigns to neglecting the wonderful benefits that social media has to offer, here are some of the biggest mistakes companies make with their social media.

This is one of the first mistakes companies make right from the start when using social media. Companies create an account to reach a wider audience, but they fail to create and follow a plan to achieve this goal. Even the goal itself can be too vague, making it harder to attain. First, it is important for companies to understand who their target audience is. Once they know the type of consumer they want to attract, they can formulate an effective strategy to do so. These goals and strategies must follow a posting schedule as well as a deadline to successfully complete the set objectives. Most importantly, these goals must be realistic!

More than creating attainable goals and a clear plan on how to achieve them, companies fail to designate a team to handle their social media. Sometimes they just put someone in charge to handle their accounts and fail to follow up with the publishing and editing processes. It is important for companies to allocate content producers, as well as editors, who will approve the content before posting it. Otherwise this can have negative repercussions for the company, as the content can be inaccurate and even offensive to some people.

To facilitate the process which starts with content producers all the way to editors, companies should first establish what is allowed for content in their posts. Companies fail to create these guidelines, along with clear examples of what should or should not be posted on their accounts. This can lead to backlash from the audience and generate a negative brand perception, which might eventually affect the followers and any type of interaction with the target audience.

Some companies set up their social media accounts with big announcements and promotions but then neglect it after its initial debut. Companies should keep up with their marketing plan and posting schedules in order to maintain followers and be active for them. Consistent social media activity is often positively perceived and increases the number of loyal followers. Otherwise, abandoning the account after its initial creation gives the company a negative image, making it seem as if the company is neglectful and unprofessional.

Even if companies are constantly posting, it is important that they also engage with their followers. A lot of companies and small businesses don’t pay attention to the reviews or criticism they receive from followers. It is important to understand that every follower counts, and businesses should make sure to respond to any complaint as soon as possible since followers often expect fast responses. Some companies make this even worse by deleting unwanted reviews or comments from a dissatisfied customer or follower. This could lead to bigger consequences where the problem could scale out of proportion. For this reason, companies should pay attention to these comments and utilize them as valuable insight of their products or services. They should respond in a personable way rather than sounding too “corporate” and always keep customer service in mind, even if it is through social media.

Many companies make the mistake of paying for an increase in followers in order to give a better image to their accounts. However, this has a negative impact as there is lack of authentic interaction and real users tend to identify when an account has fake followers. Make sure to create a real network of people. This will provide more accuracy on the analytics that businesses can use from their social media interactions to reformulate and get immediate feedback from their current strategies. Moreover, real followers often tend to defend businesses against dissatisfied consumers or negative reviews that the company might receive in the future.

Some companies forget the fact that most social media tools provide them with valuable insights of their audience. This performance metric grants them a better understanding of who their target audience is, as well as which posts are more effective in terms of reach and interactions. Companies who fail to track all this data are missing out on valuable information that could also help them in developing key performance indicators that could lead to improving their accounts in the future and set more specific goals.

Another mistake companies make is forgetting to diversify their content. Sometimes, they post content that is too repetitive or not tailored specifically to the audience. This lowers engagement and is perceived as low quality. It eventually affects the number of followers and interactions. Companies should make sure to post relevant, accurate and engaging content. Followers also get annoyed with content that is only focused on selling, is too promotional or simply considered spam.